skip to main | skip to sidebar

This Is our Village

DON'T MISS THE NEW UCO REPORTER WEB SITE. WHILE STILL UNDER CONSTRUCTION, IT HAS AN EVER GROWING NUMBER OF FEATURES; IN PARTICULAR CHECK OUT THE CHANNEL 63 TAB.

Dave Israel
-
Posted by UCO President at 1:41 PM No comments: Links to this post

I would like to set the record straight on a blurb on the other blog. Stewart Richland was not present when the conversation transpired between Phyllis and myself to allow your then very underage granddaughter to stay in guest and wine storage condo in the association where I live. When I said I could not sign to allow your granddaughter to stay here Phyllis told me she would then sign the paper herself as she was a Vice President at the time. I was new to the job and felt pushed into the corner and signed. I told Phyllis I was surprised that a Vice President would ask me to break the condo by laws for her granddaughter. She did not reply. I would never vote for a President of UCO that would break a by law to suit her cause.
Posted by Grace at 10:53 AM No comments: Links to this post

For a little over a year now, I haven’t read the “opposition” blogs, but with the UCO elections heating up, I decided I’d break my fast for a while.

I thought maybe the malcontents (even they use the term now of themselves; it doesn’t have to be a pejorative) might have softened their language somewhat, if for no other reason than to appear reasonable and sane to the electorate. Not so at all! I couldn’t believe what I read: They were still likening Dave Israel, who served in the NSA for 30 years, to Hitler; still using the grossest terms to describe him; and now attacking the “silent ones” in UCO, including the ever-helpful Dom Guarnagia!

Apparently they think the “silent ones” fail to speak up for them and their causes. They don’t seem to consider the fact the “silent ones” might be biting their tongues that would otherwise express criticism of the malcontents. Dom had the courtesy to respond to their charge, his response including (surprise, surprise) some of the latter—criticism of them.

Being silent isn’t necessarily being cowardly. There is a time for everything: “A time to be silent and a time to speak,” Ecclesiastes tells us. There is very little of which we know all the details of personalities and events sufficient to justify relentless harsh criticism and scorn.

I was amazed to read one person’s New Year’s resolution on forgiveness. I thought he was going to ask forgiveness for something he had done. Instead, he cited a litany of things HE will forgive (who else?) Dave Israel for! (Really, it sounded rather like the Almighty himself doing all this forgiving!) When one cites a list of grievances that long that one is forgiving, guess what gets emphasized? You guessed it: not the forgiveness, but the grievances.

I’m not sure if I made the right decision to open this can of worms…..

Posted by Lanny Howe at 12:25 PM No comments: Links to this post

It's Christmas. Take a break. Have your eggnog laced with a few drops of goodness and share it with Esther.
Posted by Desirade at 5:26 PM No comments: Links to this post

SENIORS VS. CRIME - AS CLOSE AS YOUR UCO OFFICE 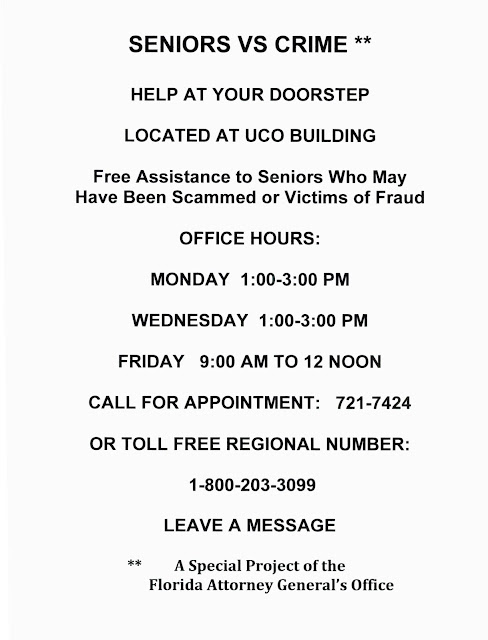 Posted by UCO President at 9:31 AM No comments: Links to this post

Presented by the Act II Community Theater, December 21 at 7:00 p.m.

Included will be the Act Two Singers and the Strictly Ballroom Dancers.

Away up north for a good part of the summer and fall, I missed a major Act Two production and didn’t see any of their rehearsals until the other evening when I popped in to Classroom C. They were rehearsing with a vengeance for “A Christmas Carol,” sitting (not acting at this rehearsal) at tables in a U shape with the maestro, Kitty Gragg, at the head. They were learning their lines, and Kitty was cracking the whip from time to time. (It was needed.)

I realized I hadn’t had a good laugh for a while, because I immediately cracked up watching these friends, our neighbors whom I’ve come to know, practice. They’re so enthused, it’s catching, and this was only a practice session, not the real thing. It was like a tonic to my soul. For example, Maureen Debigare, who is codirecting for this performance, was going from actor to actor, whispering this and that—advice I guess. But Maureen (she was Cinderella, remember?) doesn't just walk—she "flits about" like a butterfly with a certain waving of her arms, a performance in itself.

I won’t give away too much, but I’ll tell you this much: the talented Steve Mussman is Scrooge, and the irrepressible Rhoda Weber, who can rescue any situation from failure, a handy talent to have on tap, narrates. Graggs and Graffs were there, Kitty directing as I mentioned, and John, in addition to his other duties, for the first time taking a speaking part in a performance (he has three lines). Ken Graff is photographing and videotaping, of course, and Linda Graff plays a part.

A suggestion: When John is finished saying his three lines, give him a big hand. Don’t worry about “interrupting”—they interrupt operas (not an aria or speaking part itself, though) with applause nowadays and the action just stops momentarily.

I will mention only one other person who was there because I haven’t mentioned her before: Cindy Reavis. You don’t see Cindy except at the curtain call. She is backstage very busy making sure the players make the right change of costumes and a hundred other things. She is one of Act Two's “unsung heroes.”

Come early if you want to get a seat. There have been overflow crowds in the past and some, unfortunately, have had to be turned away. The performance starts at 7:00 p.m. on Monday, December 21, in Classroom C in the Clubhouse.

Enjoy!
Posted by Lanny Howe at 11:27 AM No comments: Links to this post 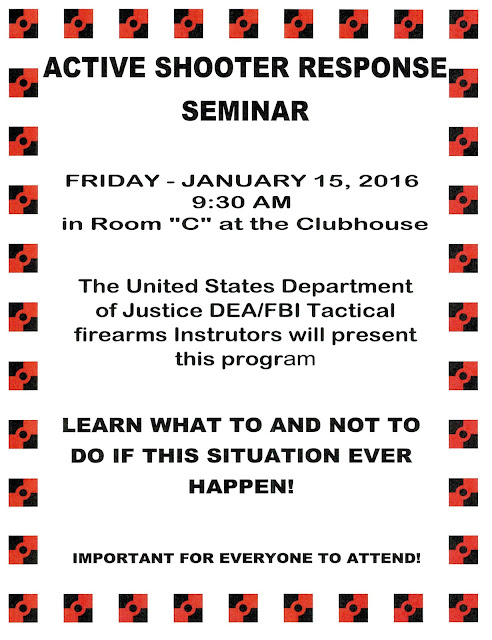 -
Dave Israel
-﻿
Posted by UCO President at 3:49 PM No comments: Links to this post

-
-
The Broadband Committee meeting scheduled for Wednesday, December 9, 2015 is cancelled
-
Dave Israel
-﻿
Posted by UCO President at 11:01 AM No comments: Links to this post 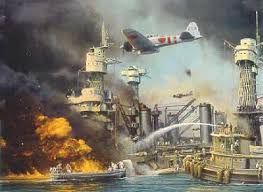 -
Dave Israel
-
﻿
Posted by UCO President at 8:57 AM No comments: Links to this post

DELEGATES TO CONSIDER BYLAW AMENDMENT - WHAT IS IT'S REAL PURPOSE

-
The Malcontents have brought forward an Amendment to the UCO Bylaws. The entire item may be read on Page A6 of the December issue of the UCO Reporter.
-
The poison pill in this Amendment is contained in the following snippet:
-
"The Executive Board, after due deliberation, shall either approve or disapprove the amendment proposal as presented. The proposal shall then be published in the next issue of the UCO Reporter, and shall then be read and considered by the Delegate  Assembly at the meeting following its publication."
-
the current Bylaw allows the proposed Amendment to expire, if it is rejected by the Executive Board, thus preventing the bogging down of the Delegate Assembly with endless repetitive, frivolous Amendments.
-
So, what is the true purpose of this Amendment? Clearly it is to amplify the ability of this small group of disruptive people to continue their disruptive behavior at our Delegate Assembly meetings.
-
In light of the forgoing, I ask the Delegates to attend in great numbers and reject this Amendment at the meeting on Friday, December 4th. Send the disrupters a clear message.
-
Dave Israel
﻿
Posted by UCO President at 5:00 PM No comments: Links to this post 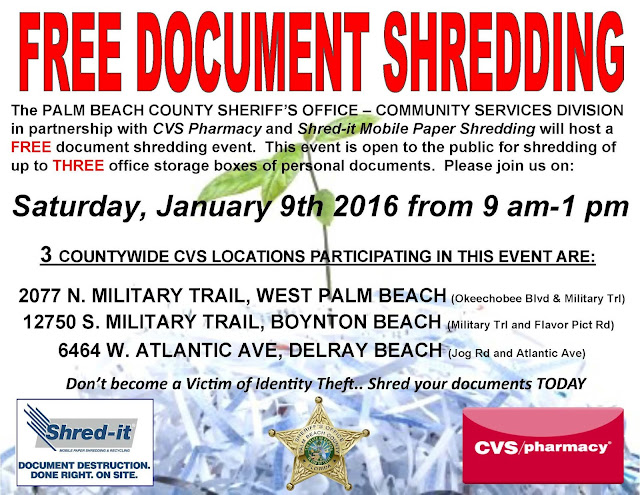 -
Dave Israel
-﻿
Posted by UCO President at 8:59 PM No comments: Links to this post

Posted by UCO President at 10:48 AM No comments: Links to this post

Something for everyone!!
Posted by Roz F. at 7:25 AM No comments: Links to this post

HISTORY MADE IN OUR VILLAGE

creation of "OUR VILLAGE BLOG - PART 2"

Hi all,
It has been noted before that BLOGGER only allows 100 registered members. OUR Village BLOG, reached that limit some time ago, and thus I have been unable to accept many requests for membership.

We are going to try a new approach to resolve this problem. We have created a second "OUR VILLAGE BLOG", which is now under construction. You will see direct links at the top of both BLOGS, to transport you back and forth.
So, all who have sent me requests for membership without success, I'm sorry, but please try again, and you will be invited to register as a member on "OUR VILLAGE - PART 2"

Please send your request to nsasigint@comcast.net. This BLOG allows no anonymous entries, so include your name, address and phone number; which of course, will be held in confidence.

Let's hear from you all!